After my trip to Prestonpans I decided to start visiting various filming locations from series 1 of Outlander. The first was Blackness Castle . The castle is situated on the banks of the River Forth. Called the ship that never sailed due to it’s shape. It is run by Historic Scotland. Despite it being so close to Edinburgh I had never visited the castle. It was worth a visit regardless of the Outlander connection.

Blackness Castle was used as Fort William in the series. It features in several episodes – Castle Leoch, The Garrison Commander, The Reckoning and Lallybroch. Flash backs of Jamie being flogged by Black Jack and Jamie rescuing Claire from Black Jack.

I spoke to the woman in the shop. The castle was used for about a month. She didn’t know if they used any of the rooms as she had not seen the tv series.

I enjoyed walking around the castle imaging where they filmed.

Built in the 15th century by one of Scotland’s most powerful families, the Crichtons, Blackness was never destined as a peaceful lordly residence; its enduring roles were those of garrison fortress and state prison. (Historic Scotland Website) 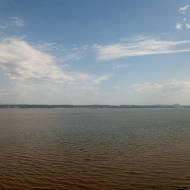 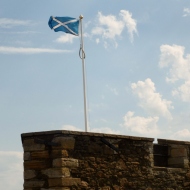 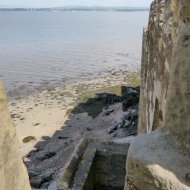 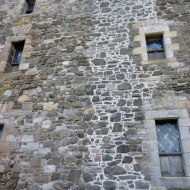 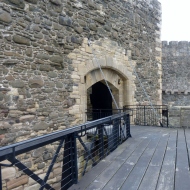 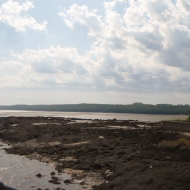 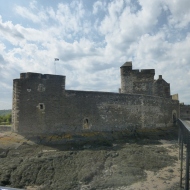 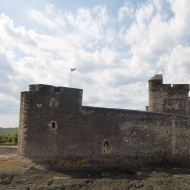 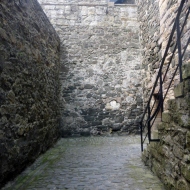